The number of preventable medical errors in the United States is surprisingly large.  According to BMJ findings, the phenomenon could very well be the third-leading cause of death in the country, claiming the lives of 251,000 people each year.  That’s more than respiratory disease, stroke, Alzheimer’s, and accidents.  What’s more alarming is that it hasn’t received much press until now.  The reason why medical errors isn’t spoken about often is because of the way deaths caused by them are reported by medical professionals.

An Epidemic of Bad Judgment

In 1999, medical error casualties were called an “epidemic” with over 98,000 deaths rocking the nation.  Since then, medical error-related deaths follow heart disease and cancer as the main killers of men, women, and children in the USA.  Where accountability is concerned the nation falls short because errors are seldom spoken about unless a legal battle ensues.  It’s just something that the medical industry wants to avoid talking about entirely.

The Centers for Disease Control and Prevention (CDC) collects data about deaths through billing codes but does not report errors pertaining to the information collected.  Physicians are not required to say whether or not a death was caused by medical error and they don’t.  It’s not a topic openly discussed in the country because it doesn’t paint medical professionals in a good light.

The types of medical errors causing death are often due to human factors issues, lack of resources, poor preparation, and improper use of medical devices.  National coalitions for better alarm management, medical technology preparation, opioid monitoring, and IV infusion therapy exist because of the injuries and death errors have caused. Visit https://blairsupplyusa.com/. The National Patient Safety Foundation exists in an effort to prevent harm to patients through education and disclosure.

Among the most important ways to protect patients from dangerous medical errors is to properly document visits, conversations with doctors, family history, and medications prescribed and refilled in medical charts.  If electronic charting is used, it’s best to know how the software works, how much space in each field is available, and how to backup data in the event the system malfunctions or crashes.

Deaths caused by medical error are preventable.  Through diligent efforts, poor record keeping is replaced with carefully scribed documentation which protects both the patient from harm and the physician from wrongful death and malpractice lawsuits which cost valuable resources and tarnish the reputation of the medical communities where allegations arise.

Through better communication with patients and family, more accurate ways of documenting patient consent, updating standards and training, following up on referrals and diagnostic tests, and exhibiting professional not avoidance behavior, doctors meet the standards to which the public upholds them to and prevent patient injury and death.  It isn’t necessarily something that happens overnight but through the commitment of every medical professional, the instances of medical error lessen.  With it, come fewer lawsuits and better informed, empowered patients.

The old adage is that hindsight is always 20/20. Several years ago, I embarked on a journey as a serial entrepreneur. I built my very first business in India and later expanded to the US. In weathering the ups and downs of several business brands, I discovered my passion for the applying technology in business process. I could see a huge opportunity to service legal industry with best skillset and technology. That led to the birth and co-founding of MedicalLegalSpider.com

Find the smoking gun in your cases Faster

Talk to Rick right away 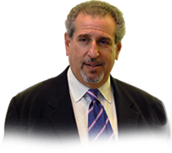